Violin Alphabet. The attribution of violin.


This article is intended to provide some information on the initial violin valuation which is especially important as you make your choice.
1. The general signs of a quality violin:
Tone woods, Varnish, Craftsmanship and repairs, Sound and playing characteristics
2. The age and provenance of a violin
3. The value of a violin, appraisals, certificates and valuations

How do you recognise a good violin? What is a violin worth? Which is the best violin? When you want to determine the quality and value of a stringed instrument, one reliable point of departure is to look at the materials used to craft it. The first thing to focus on is usually the grain of the wood not only on the body of the violin, but its neck and scroll as well. Fine to moderate grain is generally seen as a sign of quality when it comes to spruce, which is commonly used for the top. The even lines of the grain also indicate well-selected tone woods. Maple, which is used for the back, ribs and neck of most stringed instruments, often features interesting flaming, and this too provides visible evidence about the structure of the wood.
Not only is the wood a reflection of how good an old violin is, the varnish also reveals quite a bit about differences in quality. It is well known that the old Italian masters of Cremona used varnishes that have become the stuff of legend, and even though nowadays varnish is no longer considered critical to a violin's sound, it nevertheless remains an eye-catching calling card for the luthier's art. Contemporary violin makers such as Christoph Götting spent a great deal of time observing and successfully imitating the methods of the old masters. An old violin's varnish plays a large part in determining its origins (see below), and at the same time it indicates the care and time that went into its construction. Many Italian violins are famous for their rich oil varnish, and some luthiers applied over 40 coats before they deemed the instrument ready to play. Since oil varnish also dries very slowly, it was not uncommon for several months to pass before a violin's varnish was complete. Spirit-based varnish can be handled much more quickly, and it sometimes forms delicate crackling but may nevertheless be of very high quality. In some situations spirit varnishes dry as they are being applied, which means they demand a great deal of artisanal confidence and experience – unlike oil varnishes, some of which never fully harden and can thus always be slightly touched up. Spirit varnishes are not a fundamental sign of a less valuable instrument, however; on the contrary, they may be evidence of a craftsman's well-trained and practiced hand. By contrast, nitrocellulose lacquer or synthetic resin, which are extremely common on Chinese mass-produced instruments, are a clear sign of low quality. These varnishes can have a negative effect on the violin's ability to vibrate, especially if they were applied with certain industrial spraying techniques. What's more, they are unpleasant both optically and in terms of the unpleasant odour they give off for at least the first several weeks and months after they were made.
Last but not least, older violins, violas and especially the large cellos commonly have undergone repairs, which themselves do affect the value of a stringed instrument and can be a sign of quality work. For example, bushed and reworked peg holes usually indicate that the instrument was in use for a long time and was frequently tuned, which in turn meant that the peg holes expanded due to the friction from the pegs and thus had to be readjusted. Furthermore, a new neck or new scroll is no longer considered to be damage that lowers the value of an instrument; instead, this confirms that the violin was good enough to justify such extensive maintenance work. This is also true of cracks in the top, back or ribs, as long as the repairs were done properly and do not have an effect on the sound. The quality of these repairs can often be a good signal about the instrument's value, and highly respected restorers often sign their work by applying their own label in the violin's body.
For those who see their violin as a musical instrument (as opposed to a decorative object), once the material and craftsmanship have been assessed, the next step is to examine the sound and playing characteristics. It goes without saying that individual preferences and personal prerequisites are the most important factor here: everything from the volume of the instrument's voice to its timbre all the way to its response depends on who is playing the violin and what musical goals they have. In the Corilon online catalogue, we place great importance on presenting an accurate description of each instrument's acoustic character, and we further document its sound with an audio clip to provide an initial point of orientation. By offering an extended return policy, we also provide additional security as you explore the musical personality of your instrument.

The age and provenance of a violin.
The advantages of old violins vis-à-vis new violins – and vice versa – is one of the most widely-discussed issues in the world of stringed instruments. Nearly every six months a new article makes its way through the media in which a scientific study claims to have found definitive proof for one standpoint or another. For the most part, these alleged revelations only point towards a one-dimensional approach which can never adequately address a phenomenon as complicated as a stringed instrument. The quality of an old violin — especially of the finest historic master instruments — can never be traced back to a single factor, such as a secret kind of varnish, a specially textured wood, climatic conditions where the violin was crafted, or the effects of certain fungi. None of these alone can turn a violin into a masterpiece. What's more, the ever-popular blind comparisons in which the acoustics of old and new violins are directly contrasted with each other make one thing clear above all: they reveal a dubious understanding of the way musicians deal with their instruments. They have to interact with their violins intensely so they can fully understand and make the most of its tonal opportunities.
In other words, there is no rule stating that old violins always sound better than new ones. There can, however, be no doubt that countless historic violins have an unmistakable and distinctive maturity in their sound. And this in turn may be due to anything ranging from the grain of the wood, the individual way the wood aged, or advantages of a particular design, not to mention the art and agile hand of its maker. At Corilon violins, our enthusiasm for the personalities of these older instruments is what informs our work and our catalogue, yet we also appreciate contemporary violins of outstanding quality.
The provenance, in other words the fact that an old violin comes from a particular region or luthier is neither inherently a guarantee of quality nor a shortcoming. The many varying traditions have all resulted in certain distinctive identifying traits. When you select a violin, these regional differences are not primarily a question of quality, since bad instruments were (and are) produced everywhere, and there is no place on earth which produced only good violins. Instead, you should focus on the acoustic profile and its ability to create the sound you desire. As a rule, for example, Italian violins are highly praised for their soft, melting undertone which is often accompanied by an unconventional and ingenious aesthetic design. Good French violins are characterised by a dominant sound that is ideal for soloist performance, and many experienced musicians prefer these instruments because of their extreme precision. Others may incline towards the comparatively strict sound of English violins for nuanced ensemble playing.

The value of a violin, appraisals, certificates and valuations.
Today, violins are sold at a greater spectrum of prices than ever before, ranging from extremely cheap mass-produced instruments (usually from China) all the way to priceless historic collectors' items. This divergence in value started in the late 18th century: publishing companies and factories first made it possible to churn out large numbers of simple and affordable violins, and simultaneously the exceptional traits of historic instruments made by Stradivari, Guarneri and other classic masters were being discovered. The exceptional quality of the latter meant that musicians became more interested, although soon collectors and investors followed, and general demand led to a sharp increase in prices. In the second half of the 20th century, these masterpieces by famous luthiers ultimately became objects of speculation, and in some cases prices rose 200 times over. The development of value and price of fine stringed instruments also opens the door to fraud and forgery that exploits the ignorance and naivety of most musicians. The purchase of an expensive violin that exceeds a certain price range should be considered only from legitimate sources, via the retailer; from private individuals if offered with a appraisal or certificate of a recognized expert. 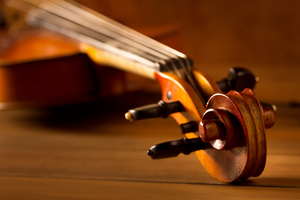 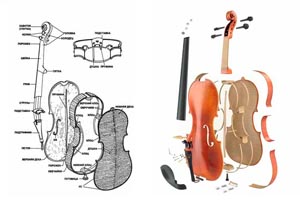 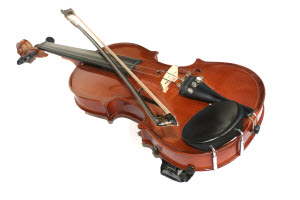 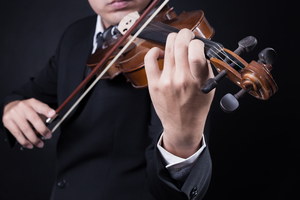 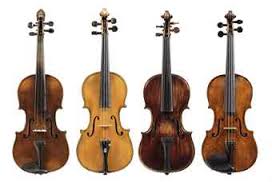 Use of violin in music

This site uses cookies to store information on your computer. If you turn off cookies, some site features will become unavailable. Read more.